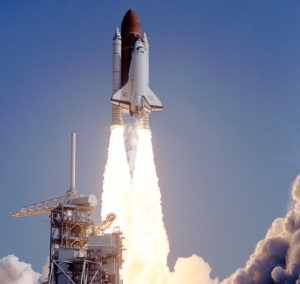 The first phase of our rebranding was launched. We are now known as EGP Capital. In practical terms to you, our investors nothing has yet changed save for a more attractive website.

You are still all shareholders in the private company EGP Fund No. 1 Pty Ltd.

But there may be some further changes to come. We now exceed $10m of Funds under Management (FUM) and the Section 708 exemption of the Corporations act has become a considerable hindrance to continued growth in the assets we manage. We have commenced a process that we think is likely to result in our converting your company into a unit trust structure. We will obtain an AFSL, introduce a trustee and custodian and have our register externally managed; expenses that would have been prohibitively expensive given our small FUM over the past 6 years, but that are now increasingly manageable costs as we grow.

We have always expressed our intention to stay small, but small is a relative thing. We hope to grow our FUM to $50m as swiftly as we reasonably can without taking on any single dominant investor. I will reiterate our intention to soft-close the fund once this $50m target is met. As I have committed before, the first financial year we commence with greater than $50m of FUM, I will also reduce our performance fee from 20% to 15% of outperformance.

Existing investors will be able to continue to add thereafter until we reach $100m of FUM, at which point we will hard-close the fund and only I will be able to add to its assets. At $50m, or even $100m, we do not believe our results would be meaningfully different than they have been. I would not allow our assets to grow to the point where the returns were diminished. The track record is more important to me than the size of the asset base on which it is achieved.

We are holding a launch event on 31 March between 6pm and 8pm at the Radisson Blu Hotel on O’Connell Street in Sydney CBD. The venue has a maximum of 50 attendees, I doubt I will need to invoke this restriction, but the attendance will be capped and the first fifty people to confirm their attendance will be eligible, others may be unable to attend. I have about 15 confirmed attendees at present, so don’t be shy, let me know if you’d like to come. As I said in the launch email, the chance to have drinks and canapes paid for by someone as notoriously thrifty as myself is the rarest of opportunities…

I will keep investors abreast of any developments as they happen, and you’re always welcome to send me an email if you have any specific questions.

To the results for February…

As I pointed out in the Monthly Update we were very fortunate to return a positive result for February given the collapse in price of our large SDI position. This trimmed about 2.5% off our performance for the month. In fact was SDI trading at the $1.10 price of only a little over 3 months ago, EGP’s unit price would be about 7% above its current position. Concentration can be powerful. In both directions.

So why didn’t we sell in November when SDI was trading near these highs. Well, hindsight is a wonderful thing. Obviously, had I known I would be able to buy our entire stake back at 55c, I wouldn’t have hesitated to sell, but we do not live in a market with such perfect knowledge. I have previously described our approximate efforts in respect of buying and selling as trying to buy when our expected IRR exceeds 20% and to sell when our IRR falls below 10% (unless there are really no attractive deployment opportunities, in which case we may hold even then).

Now we generally look 5 years out with businesses of reasonable quality and durability (a category into which we feel SDI falls) so, if at $1.10 in November I thought we were still above a 10% IRR then at 55c in February, our IRR should exceed 25%… That of course assumes nothing has changed. Part of the reason for the savage sell off in February is the fact that something has changed. Amalgam sales have fallen off a cliff. Management guided flat sales for FY17, and I had modelled a 2 – 5% decline thereafter.

We have now learned that amalgam sales have fallen by more than 10%, and I’m now modelling at least a 5% decline in subsequent years. Despite the previously mentioned weaknesses in management communication and the like, we still think the business grows its higher margin non-amalgam sales at a high clip and if communication can improve somewhat, the business should sell at a higher multiple than it does. The currency headwinds and other factors also impacting the company presently are likely temporary setbacks. We see value at present and if prices stay at present levels there’s a reasonable likelihood we will add to our SDI holding.

Finally, we disposed of the remains of our stake of CMI Limited. We tendered our entire holding into the recent off-market buyback they conducted, and sold the rest on market this week. We first purchased CMI over 4 years ago and have bought and sold it at various times. Our ownership netted a capital loss over the period, but with various buybacks, dividends and capital returns, our IRR over the entire period was a high single digit number. Not our best work, but a respectable result given the awful conditions the business faced through the period.

CMI is now primarily an investment vehicle operated by Michael Glennon of Glennon Capital. I have met Michael, and think he is likely to do a good job managing the capital over the years to come, but those who know me well know my view that a 1.4% management fee flies in the face of how I think money should be managed. The performance hurdle of only 2% over RBA is also overly generous in my view, but I hope he delivers extraordinary results for ongoing CMI holders and makes me regret the decision – Tony Hansen 28/02/2017

P.S. Sue and I finished the full 65km charity walk on Saturday, despite torrential rain on a couple of early laps. Every time I winced with pain over the last 10km’s or so, Sue told me to get on with it – Hollywood Tony she nicknamed me… Thanks to all your support, Sue and I (mostly Sue) raised $3,452.70 for the charities supported.