Investors are deferring consumption now, for the hope of being able to consume more in the future.  In my view, the best description of what we are truly trying to achieve that I have heard comes (unsurprisingly) from Warren Buffett, who described investing as follows:

"the transfer to others of purchasing power now with the reasoned expectation of receiving more purchasing power — after taxes have been paid on nominal gains — in the future. More succinctly, investing is forgoing consumption now in order to have the ability to consume more at a later date"

Only when we start to correctly reason why we are making an investment can we properly think our action through.  Which is why I find it so stunning that the US 30 year bond rate is 2.6% (was when I first penned the post, has risen to 2.79% as I review).  Even if you allow for historically low inflation rates over the next 30 years, the ‘reasoned expectation’ of receiving more purchasing power would seem to be very low, consider this chart: 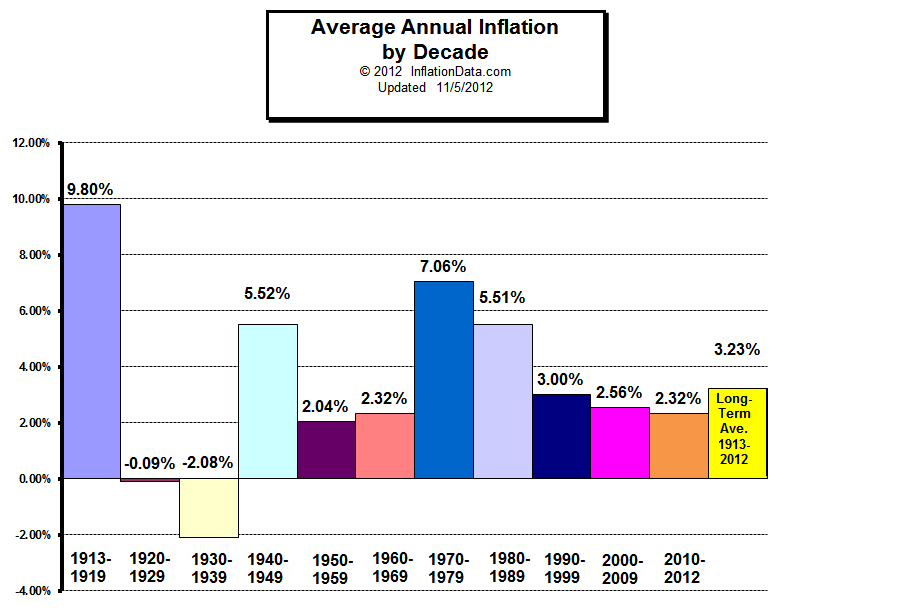 Clearly implicit then in the current 2.6% yield is an expectation of markedly lower than historic average inflation over the 30 year term of the bond, but using the 30% tax rate, in order not to lose purchasing power, the inflation rate over the next 30 years would need to be no more than 1.8%.  At a higher tax rate, or inflation rate, purchasing power would be eroded.  The Federal Reserve are clearly laser-focused on keeping the US inflation rate at around 2%, but it is currently 1.7%, in order to grow your purchasing power by buying 30 year treasuries, you are relying on it staying there or lower for the next 30 years.  In my view, the ‘reasoned expectation’ here is at very best, you will retain the same purchasing power, but the risk is clearly on the downside.

That is my take on bond insanity at the moment, what I really wanted to focus on in this edition is the type of mind that is predisposed to be successful at investing.  A persons ‘ability to wait’ known as deferred gratification is probably the single greatest predictor of a successful investor. A number of studies into deferred gratification have been conducted, the most famous being the ‘Stanford Marshmallow Experiment’ conducted on pre-schoolers.  The interesting part about this experiment was not in its immediate outcomes, whereby only one-third of subjects managed to delay gratification long enough to receive the reward.  For mine the most interesting part came many years later, when those who were able to delay gratification had higher SAT scores and seemed to generally find more success and those who failed to delay gratification at all were predisposed to addiction – this article in The New Yorker deals with the study in more detail.  It is important to note that in early similar studies by the same researcher, that ethnicity was found to have a near zero correlation with the ability to delay gratification, but that socio-economic background was an important predictor.  This means the majority of our ability to delay gratification is a learned behaviour, we can condition our children to have the patient attitude to life (and investing) that leads to success, chiefly by encouraging them to think about the potential benefits of delayed gratification as the author of the study Walter Mischel says:

“When you grow up poor, you might not practice delay as much,” he says. “And if you don’t practice then you’ll never figure out how to distract yourself. You won’t develop the best delay strategies, and those strategies won’t become second nature.”

The key part of the follow-up studies involve investigating those who went from being ‘low-delayers’, who could not resist the marshmallow to ‘high-delayers’ who are now able to exert these controls as adults:

Mischel is particularly excited by the example of the substantial subset of people who failed the marshmallow task as four-year-olds but ended up becoming high-delaying adults. “This is the group I’m most interested in,” he says. “They have substantially improved their lives.”

I suspect I would have been in the ‘low-delayer’ category as a child, but would be a ‘high-delayer’ now and I believe my life is much better for it, it is an area of study which could have enormous benefits in my view – Tony Hansen 24/08/12.

P.S. There was a substantial jump in the fund NTA this week, predominantly attributable to 2 stocks, one I will comment in more detail on that toward the end of October, when the transaction that led to much of the spike is (I expect) completed, it is a bittersweet story that in the end (it seems) has served the fund well.  Two of our 3 smallest holdings reported, both reported results that were close to my expectations, one shot up by 32.4% & the other fell by 21%, in the end we have done well out of these over the week and I expect will continue to do so over the longer term.

P.P.S Australian mortgage delinquencies are down 7.97% year on year in the 50 worst regions for delinquencies as at March 2012, according to this report, this is excellent news and probably indicates the rate cuts are having their desired effect.  I read Macrobusiness regularly, their ‘perma-bear’ attitude on almost everything helps keep me focused on the down-side, though their attempt to frame a good year on year decline in delinquencies in this article with “The March quarter result was poor with every state showing increases in the delinquency rate” is a little bit much (though in fairness they do go on to mention the annual decline). Professional economists should always compare data with appropriate comparators (i.e. the equivalent previous period) unless there is a very valid (and stated) reason to do otherwise.  I read a similarly negative take on it in a major Sydney newspaper too. Always think independently!!!

P.P.P.S This exact post 12 months ago I referred to AIX as being seriously undervalued, saying asset values were likely to grow at 2.5% and cash flows at 5%, the respective figures were 5.4% and 4.5%, showing the stability/reliability of good infrastructure assets, however the stock (trading at $3.11 at time of writing) is now close to fully valued.  It should not be possible to see over an 80% gain in a utility asset in 12 months (including dividends), but this is exactly what has happened, AIX at that price is now fully valued in my view. By the way, that post wasn’t all bargain analysis, I did express interest in FXJ in the same post, although I said the staggering $5.3b of intangibles were a problem, well they’ve written more than half of that down at this balance date, and the share-price is suffering, I still think the franchises FXJ own have a value higher than the market is placing on them. HIL & PBG were the other 2 stocks mentioned and have provided a marginal positive return when the dividends are added in.

**Estimate as Standard & Poors had not updated at time of publication