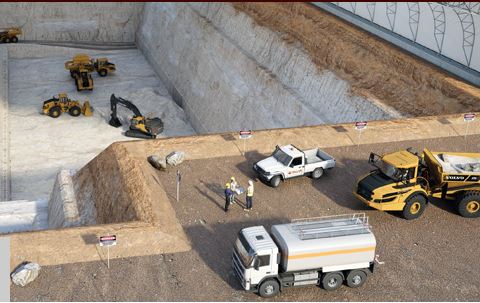 This month we are going to discuss an investment we have made in an unlisted company called Tellus Holdings Ltd. We have been looking for a way to profit from the burgeoning renewable energy market and figure the way that looks to have the greatest potential for long-term profitability is waste storage. Storage of solar panel waste is an area we’ve researched. Solar panels contain carcinogens such as lead, chromium and cadmium, which we have as yet been unable to resolve a way to fully recycle at the end of a solar panel’s useful life (we’re up to about 90%). Furthermore, the meteoric growth in battery storage of energy will create a tidal wave of hard to dispose waste in the quite near term.

Tellus are developing geological repositories in order to store hazardous waste. The business case for such a facility is not even remotely dependant on the coming boom in hazardous waste out of the renewables industry. Australia already produces about 6 million tonnes of hazardous waste each year and we are believed to have almost 1 billion tonnes of legacy hazardous waste sitting in temporary landfill, short term storage facilities or other temporary locations awaiting commercially viable disposal options. Hazardous waste production is growing at around 3x GDP and around 5x the rate of population growth. Tellus’ “Sandy Ridge” facility will initially handle 100,000 tonnes per annum, less than 2% of annual production and about 0.01% of legacy waste.

The macro theme underlying this investment case I have heard described as something of a “perfect storm”. This is due to structurally increasing hazardous waste volumes from increasing economic activity and high tech and exotic chemistries. This is coupled with increasing community expectations and pressure to properly and safely deal with the situation. The outworking of this will inevitably be increased regulatory standards. The regulatory trend is highly unlikely to reverse course, and with developing countries catching up, this will limit the possibility to send waste to lower regulation jurisdictions. These increased standards mean that the options you have available to actually deal with the waste are decreasing. Detection and monitoring means that some of what used to be able to put it in landfill is now restricted. Some wastes were previously able to be diluted and spread on agricultural lands, this is now restricted. Much of what used to be able to be burned in cement kilns can no longer be disposed this way as emissions stacks are monitored.

Hazardous waste is characterised in 5 classes, at least in W.A. where the Sandy Ridge facility will be (nationwide harmonisation of the classifications is apparently underway). Tellus will be the only privately owned facility able to store all categories of waste up to Class V. Barriers to entry as you can imagine are considerable. Certain hazardous materials need to be stored in a suitable geological repository. Tellus will be able to issue permanent isolation/disposal certificates to their clients which will have considerable economic value, as clients can use these as evidence that their liabilities can be removed from their balance sheets. There will be minimal risk to Tellus as responsibility for the waste is only taken once it is accepted on site. Eventually the facility will be handed back to the WA government.

Tellus is admittedly a business in a much earlier stage of development than our usual investments; it is for this reason that we have committed a relatively modest 1.9% of the portfolio to the investment. A business with demonstrated self-sustaining commerciality is customarily our first hurdle. Tellus is not (yet) such a business, it is expecting to raise in excess of $100m (which is likely to be largely debt, given the targeted long-term “give or pay” contracts with blue-chip customers and the enormously reliable cash-flows upon completion) at some point this year to develop the first stage of the Sandy Ridge project, which is 140km North West of Kalgoorlie and to further the second development, “Chandler” which is south of Alice Springs and conveniently, quite near the major rail line.

There are presently a little under 137 million ordinary shares on issue, and nearly 13 million employee shares and options on issue which are all in the money and likely to be exercised. The company therefore has a fully diluted capitalisation of about $180m at the last traded price of $1.20. The company held net cash of about $13.5m at last balance date and will get a little over $2.5m on the exercise of the options for an enterprise valuation of around $164m.

Valuation at this stage is an extraordinarily difficult thing to do for Tellus, which is why a more modest portfolio allocation is warranted. However, the internal rate of return at the feasibility stage for the Sandy Ridge project was projected to be in excess of 40%, with the IRR for the Chandler project expected to also be very high, though possibly not quite as high as for Sandy Ridge. Despite that, the NPV (Net Present Value) of Chandler will be enormous due to the sheer scale of the project, but as it is a much larger project, it would require an enormous capital injection to be developed.

The best way to value Tellus in my view is to value the Sandy Ridge project and think of Chandler as a ‘lottery ticket’ whereby if Sandy Ridge is very successful, a large portion of the cash-flows from the project can be parlayed into capitalising on the lottery ticket option at Chandler. If the enterprise valuation at 30 June 2017 was $164m, assume for simplicities sake that the capital raising comprises $36m of equity, with the remainder debt (we are not certain of the likely structure). This will give us an equity capitalisation of $200m to work from.

The build cost for the first stage of Sandy Ridge is circa $80m. A 40% IRR on $80m assuming all cash-flows are retained and invested (anytime we own a company that can put equity to work at greater than a 20% return, we desperately hope they don’t return any of that capital to us…) and a 40% IRR is actually delivered, the $80m invested in Sandy Ridge would have a terminal valuation of about $430m in 5 years’ time and closer to $2.3b in 10 years’ time (extraordinary what high rates of compounding can do in relatively short periods!).

If we substitute the circa $80m project cost with our $200m equity valuation, assume the debt that will be raised in the coming capital raising costs about $7m per annum to service, then the IRR for the equity holders over 10 years would comfortably exceed 26% annually, which is above the 20% rate we seek at the time of committing capital. The successful development of Chandler could naturally see this IRR figure increase; development issues, cost over-runs and the like at Sandy Ridge provide the risk to the downside. The range of likely outcomes in the case of this investment is extraordinarily hard to quantify, which I again emphasise is the reason for relatively modest position sizing. In the event the project progressed well and for some reason the equity was still available at attractive prices, we would consider adding to our position.

The initial Sandy Ridge 100,000 tonne per annum facility should be capable of delivering free cash flow (my estimates) exceeding $25m per annum once commissioned and there is considerable scope (see paragraph 2) to grow this annual rate of storage at considerably lower capital cost once the initial facility is constructed. Doubling capacity to 200,000 tonnes per annum is unlikely to cost more than a year or so of cash-flow (again my estimate) and given relatively fixed cost base, operating leverage implies that a doubling of capacity should comfortably more than double the cash flow the site generates.

We are hopeful that we will ultimately be a very long-term owner of Tellus, one of the substantial risks to achieving a truly excellent investment outcome in this business is that a long-term infrastructure investor becomes aware of the project and acquires it before the magic of compounding has had the chance to work for enough years to make the outcome a really special one. In that case of course, a shorter investment period might create a higher IRR, but at the sacrifice of years of compounding.

Given the option to compound at 40% for 3 years ($1 becomes $2.75) or 30% for 10 years ($1 becomes $13.80), I’d take option 2 every time because finding investments capable of compounding at high rates for long periods is much more difficult than most people realise.

Some investors have expressed a view that the blogs are sometimes a little bit ‘dense’, so I have tried to keep this one as simple as the content allows. Anyone wishing to further understand the company will find that there is a wealth of information on the website: https://www.tellusholdings.com/about_us_index.html the page containing the ‘factsheets’ is particularly informative: https://www.tellusholdings.com/about_us_company_info_fact_sheets.html

As always, anyone with questions or queries is welcome to contact me. Particularly any of our investors that qualify as Sophisticated/Professional, if you’re interested in talking with the company when they next raise capital, let me know and I’ll put you in touch – Tony Hansen (05/05/2018) 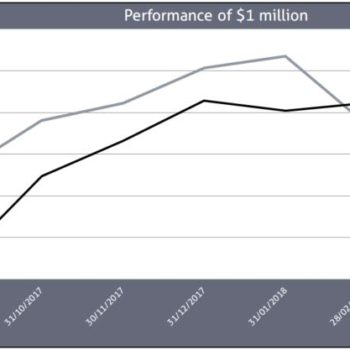